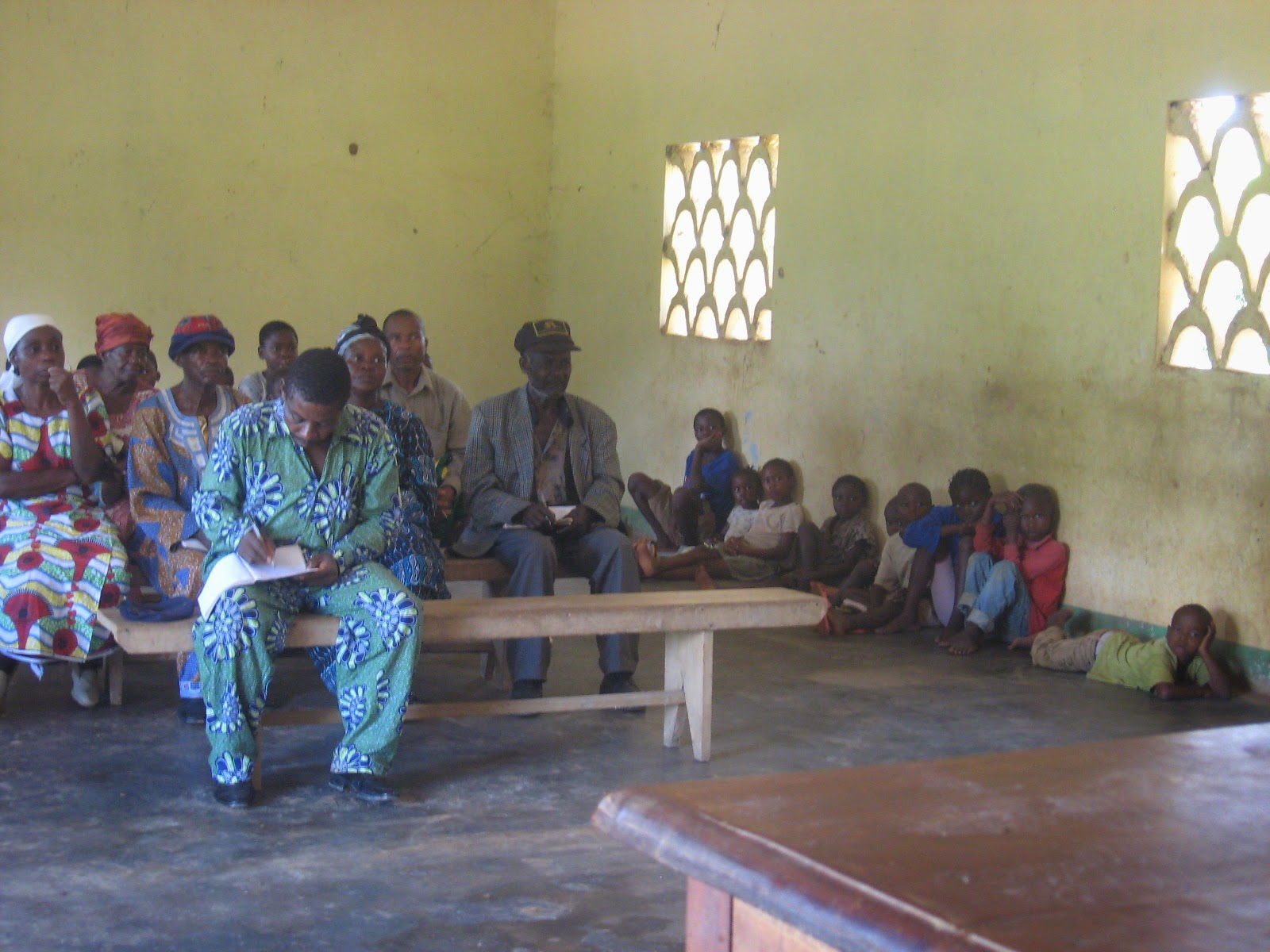 Well tomorrow is the day. It is the launching of the language development project for which we have been praying and preparing for years. If all goes as planned, we will have this 6 hour meeting at city hall with over a hundred representatives who have been selected from each Bakoum village.  Jean Yves, the Cameroonian brother who is helping us mobilize the community, will be here tonight and will preside over the meeting. I am going to pick up a Cameroonian-style dress I am having made later today. All that to say, this meeting is a big deal.
At the meeting we hope to…
Get them dreaming. I will ask them what their dreams are for their language (whether that be writing pamphlets regarding health or agriculture, sending one another letters, writing down their history, opening a museum, etc). We hope that their dreams will get them through the years of hard work ahead of them.
Present them with a list of the stepsit will take to develop their language (ie. determine the best dialect, come up with an alphabet, etc) and a tentative timeline.
Present our criteria for a language partner
Present our first of our monthly linguistic surveys (this one will cover language vitality)
They will elect their delegates: president, secretary, etc.
Potential Difficulties…
Living and working among this people for a couple of months now, we foresee the following challenges:
Not playing well with others.The other day we attended a funeral and observed people fighting and yelling at one another about…EVERYTHING. For instance, how to lower the casket into the ground, what to say/not to say before the body was buried, and so on. People have gotten mad at us because we visited their enemies house in their village. And this is not to mention all the passionate feelings people have that they are the ones who speak the real Bakoum. We expect sitting through a 6 hour meeting filled with arguing and disputing. It is safe to say this is a contentious people (they need the Bible!).
Too much talk and not enough action.Everyone says that they want to contribute to the cause of the development of their language, but there have only been a handful of people who have invested their personal time and money to see make it happen.
Electing the wrong people. Those who are elected will be the people that we will be working with for years and they are also the people who can make or break this project. We fear that the most powerful people will pursue these positions, not in order to do the necessary work but in order to just have another title.
Prayer Requests…
Pray for peacemakers among the Bakoum to intervene at the meeting and create order.
Pray that the people who are electedwould be those who are passionate about the development of the language, who will work hard and who will be people of their word.
Pray for us. We will have all four kids with us on stage as we seek to give technical presentations in French for hours. Pray that they will behave appropriately for the setting and that God would guide us as when to speak and when not to, what to say, etc. Pray Dave and I would glorify the Lord.
Momentum. Pray that this launching would create much enthusiasm among the people and pray that this enthusiasm would never die. We are hoping to have them doing surveys for us monthly and hope to create sub-comities which will be charged with literacy among the villages, fund raising, writing and publishing materials, and so on. Pray that this project would be the hot topic of conversation in the fields and around the wells in the villages. Pray this momentum and interest would carry the project all the way until the Bible is read.