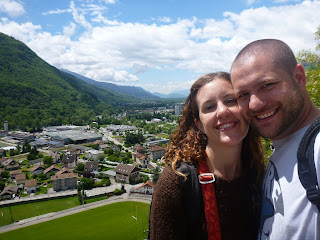 So, every time I talk to, or get an email from someone in the States, they ask: “What is it like, living in France?” So, I thought I would hit up some of the highlights in a quick blog post:

1. School.
As we predicted in our last newsletter, we have now moved to Albertville, France. We started at a school called CCEF on May 6th and have been plowing forward ever since. Our schedule has us in French class 24 hours a week (6 hours in class on Mon, Tues, Thurs, and Fri). We also have homework and are trying to keep up the “40 hours a week of French” schedule. So, that means a lot of studying. The kids are in a preschool on the same campus run by Christians, which has been really nice. We get to have lunch with them (everyone gets a 2-hour lunch break in France), and they are learning some French too!

2. French.
One of the first times I took Kaden out of the house when we moved here we were spectators to a conversation that neither of us understood. He leaned over and whispered to me, “WHY are they speaking in FRENCH?!” My short response: “We are in France, buddy.” So, as it turns out, they speak French here. Before moving here Stacey and I both went through 1 level of Rosetta Stone and at least one French class in Dallas, TX (Stacey took 2). And I am pretty sure we covered all of what we already knew in 2 days here in Albertville. Though we still know very little we have learned a TON of French, which makes me very hopeful that we will achieve the level that we desire before we move to Cameroon. That does not mean that we do not need prayer, however. Please continue to pray that we would learn BEAUCOUP DE FRANÇAIS!

3. Everything is Small…Except the Mountains. 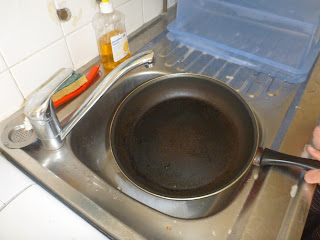 It is pretty humorous to go from Texas to France. From the land where people pride themselves on
having big things to France where our kitchen sink is the size of a frying pan (and no dishwasher!). The cars are small, the streets are small, shopping carts are small, and the families are small. Walking around town four kids in France is akin to wearing matching T-shirts that say “We are not from here.”

However we think this might be a conspiracy to emphasize the height of the mountains that surround us. We are daily awed by the majesty of God’s creation here and pray that the many unbelieving French would worship the God that formed them with his words.

4. The French are Kind!
I have to admit I came to France with a particular stereotype that I learned in the States that the French were not in general a kind people. I am so happy to say that this stereotype has been proven wrong. The vast majority of the French people we have met have gone out of their way to be kind to us. We have had neighbors that have pursued relationship with us, offering to meet with us so we can practice French. People are patient when we try to explain to them what we are looking for in stores. After just two weeks in a church here in Albertville we have two “hang-out-to-practice-French” meetings this next week and an invitation to lunch sometime in the future. The hospitality of Christians and non-Christians alike here has been out of this world!

There have been some stereotypes, however, that have proved true:

I will update you if I am able to verify or nullify any other stereotypes along the way!