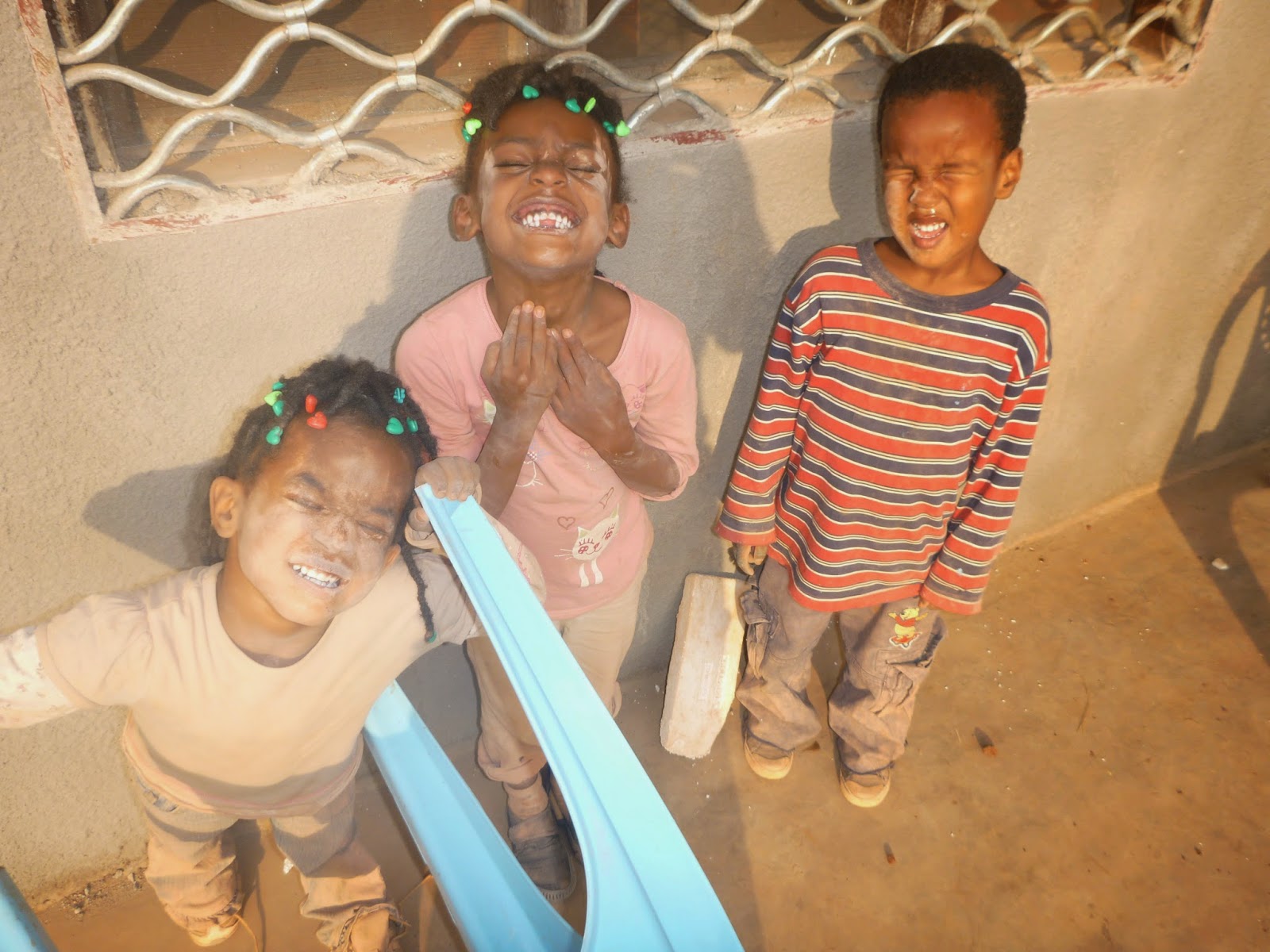 I had a church history professor in seminary who said that Pelagius did not believe in original sin because he never had kids. Had he been a father, he would never in a million years say that people were born basically good. I could not agree more.

That’s Just the Way it is…

I think the new air that we are breathing here in Cameroon may have a slight twinge of fatalism in it (although that depends on the people group). For example:
“Can you come pick up so-and-so and take them to their village to die?” (um, how about the hospital?)
“Why keep our kids clean? We are the ‘dirty’ people group.”
“Why really invest in our kids when it is highly likely they will die young anyway?”
“Your son, he is just a stubborn, difficult child. Period.”
So, when I hear these things my American and (I am pretty sure) my Christian side totally rejects them. All I want to say is “Fight it! Fight death, fight the haunting thoughts of your kids dying and enjoy the days you have with them, have a power encounter with that stubborn three-year-old and win it. And even if you do not see fruit, fight it anyway and die trying.”
And, as it relates specifically to parenting, I think the Scriptures have very concrete reasons why we should not throw in the towel even when we do not see any changes in our children.

If God saved Paul, He can save my child.

When I hear once again what my son has done to provoke the neighbor kids or how many spankings he got at school only to have him say, “I did NOT sin!” I wonder if he will ever change. The truth is, if it were up to him, he would not. He is dead to God, blind to his sin, is a lover of darkness and even premeditates sin on his bed. He is simply enslaved (like all of us start out) and cannot free himself. I can say with confidence, that if it were up to my son, I would have NO hope right now. But I do not hope in him. I hope in the God who took a persecutor of the Church, knocked him down and blinded him, only to save him and use him as a missionary. When I look at my son, I am hopeless, but when I look to God, I know that there is nothing impossible with him.

Christian Parents do Rub off

And even if he is never saved, I know that we can influence him for good. Paul says to spouses married to unbelievers…
For the unbelieving husband is made holy because of his wife, and the unbelieving wife is made holy because of her husband. Otherwise your children would be unclean, but as it is, they are holy. – 1 Corinthians 7:14
A lot could be said about this passage, but one thing we can draw from it is that children of at least one believing parent are considered “holy.” I do not think this is referring to holiness before God on judgment day, but instead an outward conformity to God’s moral law (even if their hearts are not in the right place). So, because I am a Christian, somehow the Lord in me can rub off onto my child and make a positive impact.

Spankings Drive Away the Folly

I do not necessarily understand the connection between spankings and a change from foolish, godless behavior, but there is nonetheless an undeniable link. “The fool says in his heart there is no God” and this is the folly that the rod drives away. According to Proverbs, there is a lot of hope that when we are faithful to discipline, the child will become wise:
Discipline your son, for there is hope – Proverbs 19:18
Folly is bound up in the heart of a child, but the rod of discipline drives it far from him. – Proverbs 22:15

At the End of the Day, I Am Going to Heaven

In just a little while, I am not going to be seeking to convince any stiff-necked child that stealing is wrong. I will no longer be grieving over their sin and pleading with them to listen to the wisdom of their parents. No, I will be done parenting and will be in a place that is filled with the knowledge of the glory God. I will not have to turn to any little person and say “know the Lord” because everyone there will know him and want to serve him. Paul says, “Let…those who mourn [live] as though they were not mourning… For the present form of this world is passing away.” 1 Corinthians 7:29-31. So, for the time being, we pray and plead and grieve but we do it as if we were not mourning because we can practically see the New Jerusalem.
To conclude, let us not be fatalistic with our children. The Lord purposefully saved Paul when he did so that he could show us that he can save anyone. He also is using us as Christian parents in the lives of our kids to make them holy and further the old-fashioned “rod of correction” is God’s means used to drive out their rebellion. And when all is said and done, we will soon enjoy an eternity of rest from the labors of parenting. What hope there is in being a Christian parent who serves the living God!