Do you have any friends that are going through language school for missions? Let me give you some insight into what is going on in their heads. 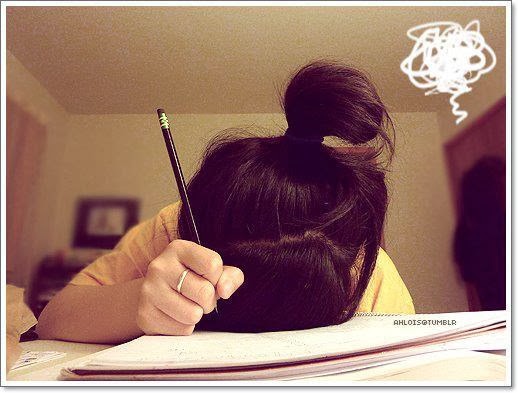 (reading) “How are they to hear without someone preaching?…How beautiful are the feet of those who preach the good news!” (Romans 10:14-15).

(thinking) How in the world am I ever going to preach in this language?! And how beautiful are my feet if my mouth is incapable of communicating the Gospel?!
We (missionaries) used to flip to Romans 10 to inspire ourselves during the long season of support-raising. These days we eye these verses with suspicion, wondering if we could ever have beautiful feet.
Missionaries know that without the Word there is no salvation. That is why they sold everything to go overseas, and why they take language school so seriously. They are well aware that the Devil is against them and is trying to foil their determined plans to learn language X. Why? Because he does not want them to go spread the Gospel. If one thinks he is sharing the Gospel but is actually saying “Adam and Eve sinned…the world was…chicken! But then a man came who died for…rocks!…so repent and believe!” then no one will get saved. Your missionary friends know that without the accurate transmission of the Gospel, people will not repent and believe. Thus they need your prayers for the long, tedious, never-have-anything-exciting-to-say-in-their-newsletters season of language acquisition. Here are 3 ways that you can be praying:
1. Pray for the Stress
Imagine two parents working 40-50 hours a week while taking care of their children who are also experiencing culture shock. Imagine being a surgeon or a pilot and then going to class only have your teacher bewildered that you do not know what a present participle is. Imagine being a super-relational, shepherding type forced to understand, hear and mimic the tones in a tone language…for 3 years straight. Imagine carrying your sick, complaining child through the snow so that you can get to class in time only to sit there and struggle to pick up even one word from an audio recording produced in the early 1900s. Imagine taking a four-day test on which your teachers intentionally put questions that they knew would not know. And then imagine failing that test and thus being forced to stay in the country for another 6 months to pass that level. Or imagine walking into the middle of the African wild with a pencil and paper and trying to write down a language with clicks and tones…oh and do not forget to home-school the children!
All this to say, the phase of language learning is stressful and filled with pressure. So please remember your missionary friends. Pray that in the midst of stress the God of peace would be with them. Pray that they would keep their minds stayed on God and that in turn God would keep them in perfect peace. Pray that the Lord would sanctify them in the midst of trials and that their faith would flourish. Pray that they would leave language school not just (Lord willing) speaking another language but that their faith would be purified, refined and worthy of emulating.
2. Pray for the Discouragement
Missionaries face a great temptation to feel like they will never grasp their new language (and their professors and missions agencies might have their doubts as well). Some missionaries enter the field in their 60s and are expected to keep up with the others in their 20s. Some missionaries simply cannot hear the rising and falling in pitch in tonal languages. Others practice and practice a particular sound in the language for years and are still incapable of mimicking it. And the result is that they are not understood by the nationals. Others fear having to write yet another newsletter saying that they are going to have to extend their time in language school. These things are discouraging and can often lead to skepticism or paralysis. You missionary friends likely struggle daily with thoughts of “why bother studying, it does not make a difference anyway.”
Pray for them. Pray that the God of all hope would help them to not despair or be discouraged. Pray that they would be able to master sound X or verb paradigm Y and wait expectantly for God to answer. Pray that they would remember that their identity does not rise or fall based on their competency in the language. Instead they are secure forever in Christ. Pray that their feelings would not push them to give up.
3. Pray for Raw Determination
Proverbs 14:23 says “In all toil there is profit.” Pray that your missionaries would toil and labor and trust that there will be profit even when they cannot see it. Pray that they would keep learning those vocabulary words even when they feel like nothing is changing. Pray that they would know when they should put relationships in the States aside to go talk like a child with a national. Pray that your missionaries would be even more stubborn then they already are, more determined, more skilled in not listening to their emotions. Pray that they would have the mentality: “Language X or death.” Pray they would not give up until they are understood.
The Adversary does not start his work against the missionary the first time he shares the Gospel, he has plans in the works well before. Pray against his schemes and pray regularly for your missionaries in language school.