×
by Dave
We have been in France now for 11 months and I feel like that is long enough to begin to dispense some advice for our American friends. We are certainly not French culture experts, but here are 7 things that might be helpful if you decide to visit (or move to) France:— 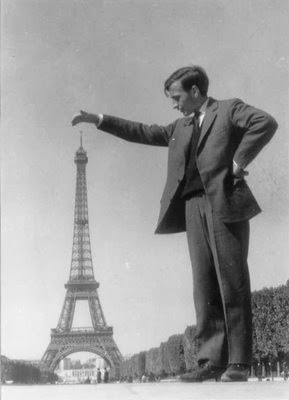 We are pretty used to it by now, but when we first moved to France it was shocking how much smaller everything was. The people are smaller, the cars are smaller, the food portions are smaller, the refrigerators are smaller, everything is smaller. When I walk around I feel like Buddy the Elf at the North Pole. I have broken two chairs at school and innumerable pens. When we take Elias to his school his entire class jams into a very tiny hallway. Often parents are kneeling to take off their kid’s shoes and no one else can move until they are done. I have knocked more than one decorative poster off of the wall just trying to turn around in this hallway.

2. Do Not Hug People
Turns out French people think that hugging is gross (unless you are married or a child). Somehow it seems less sanitary to them than kissing one another. To be fair, most of them do not actually kiss when the do the “bises.” They touch cheeks and kiss the air. Some of the older generation will straight up kiss your cheek and through a recent “kiss-understanding” Stacey did get one smack right on the lips a few weeks back. Most of the time a handshake will do just fine, so I just make that my default. However, at church, and especially with the older generation, they lean into your face and do not leave until you have touched cheeks and kissed air.

4. Talk Quieter
Have you ever heard that people consider Americans loud? I think it might be because we are loud. It is particularly evident with our children. Everywhere we go I feel like the kids are screaming. So when we go out in public I try to reduce our noise by at least 50%. Of course it never works and people just stare at us wondering if we are all partially deaf.

5. Bring a Gift
Whenever the French are invited to someone’s house they bring a gift. It does not have to be anything too exciting, maybe some flowers or chocolates. But it is just what they do here. We invited a boy from Kaden’s class over to play on a Saturday a few weeks ago. He brought with him a small gift for each of our children and his mom made us a cake. In the end, I think it is kind of fun. But I wish we would have known when we first got here!

6. Cheese!
The French REALLY like their cheese. There are some 400 varieties of cheese here and everywhere you go there are regional specialties. One professor told us that when/if we travel we should really try the cheeses wherever we go. I would have never considered writing that into a travel itinerary. In meals with guests the they have a special course just for cheese that comes after the main course and before dessert. We were even told that some French people are very particular about how their cheese is cut and it is considered an insult to cut it in another manner.

7. Vacations
The French also really love their vacations. We arrived in France in April and were ready and willing to dive into our studies. However, there was a two week vacation from the end of April and into May. Then, school is completely closed for July and August (as are many stores in France). Then another two-week break in October, two weeks in December, and another two weeks in February. At first it was a little frustrating, being that we were so eager. However, now I am really coming to like having the consistent breaks throughout. We still study a lot though the vacations, but it is nice to have a break without new information.

We will keep you updated with fun French culture facts while we are here, and then all sorts of new things in Africa!