×
By Stacey
Let me begin with two stories: 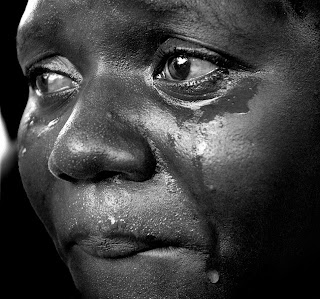 A zealous missionary went out to evangelize Europe. He went our believing with all his heart that God’s grace was sufficient and that God would supply his every need. And what happened?

He reports that he was severely beaten by the nationals. There were many attempts on his life. He was rejected by the people to whom he was ministering and he was even rejected by people from his own country. He was in danger in the city andin remote villages. He was in danger from the so called “Christians.” He had a life of toil and a life of hardship. He spent many nights without sleep. He was often without food and hungry. He was often thirsty. He was often cold and without shelter. And to top all that off, every single day he felt the pressure of ministry in wanting the Gospel to really mature the churches he had planted. He spent years in prison and then…he died.

Did God’s grace fail him?
The adoption nightmares

Being adoptive parents we find ourselves in many adoption circles and thus have heard many “adoption nightmares”. Numerous families want to adopt to help the needy and start the process knowing that God is on their side being that he is the self-proclaimed Father of the orphan. And then everything terrible happens. For instance, one family spent months looking at pictures of a child they desired to adopt, prepared for her arrival, and prayed for her safely only to receive an email one day declaring her sudden death. Some families pursued what they thought was a good adoption agency only to find themselves embroiled in unethical practices, frustrated by lies, and told they would not be able to adopt the children in the end. Some sought to show love to orphans in Africa, and were confronted by racism in their own families. Others found themselves burdened by the enormous expense of adoption. And those families that endured and finally brought their children home, have to deal with the day-in and day-out struggle to serve thankless children.

How was God’s grace sufficient for these families?

What God’s Sufficient Grace Is NOT

I used to think that the more grace one has from the Lord, the easier one’s circumstances would seem. Not that there would not be trials, but maybe the trials would not hurt as bad. Or if the circumstances did not seem easier, then perhaps God would impart some type supernatural enjoyment of pain or something. Like maybe once one committed to going into missions, they would just start liking snakes? Or the tired parent would just start enjoying dirty diapers?

But I do not think this is biblical. The zealous missionary mentioned above is the apostle Paul and his record of difficulties as listed in 2 Corinthians 11:24-28. Clearly the Lord did not shield him from pain, but instead he experienced increasedsuffering because he followed Christ. Nor did God the Father spare his own Son from pain. God’s grace was no less present in each of these two men and yet they did not experience lives of comfort, but instead lives of suffering.

Their examples also evidence the fact that the grace of God does not mean that all the Christians around us will affirm what we are doing. Paul was rejected by the churches he planted and by his own people. And people denied they even knew Jesus.

What God’s Sufficient Grace IS

God’s grace is sufficient to make us abound in every good work even in the midst of serious suffering:

And God is able to make all grace abound to you, so that having all sufficiency in all things at all times, you may abound in every good work. – 2 Corinthians 9:8
God’s grace abounds to us not so that we have lessened pain, but instead it abounds so that we can be faithful in good works in the midst of pain.

So, whether or not our circumstances change, let us simply seek to be faithful unto the Lord to do what is right, to serve when it is hard and to have a life full of good works. Let us yearn for good works as much as we yearn for the trials we face to be over.