×
by Stacey
“The God who made the world and everything in it, being Lord of heaven and earth, does not live in temples made by man, nor is he served by human hands, as though he needed anything, since he himself gives to all mankind life and breath and everything.” Acts 17:24-25 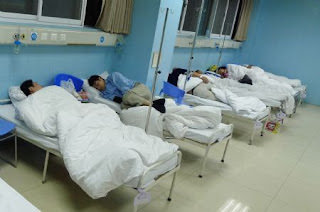 We have been studying French with a friend here in Albertville who is preparing to go to West Africa to serve as a pilot. He is married with four young children. A couple weeks ago, he found out he had a tumor on a Friday, flew back to the states the following Monday and has since found out he has Lymphoma.  We’re praying for healing so that they’d be able to serve overseas.

Noah Huss was a recruiter for our mission agency, World Team. He connected well with people who were interested in missions, sincerely prayed with them that the Lord would direct them, and challenged many to leave everything and go overseas. He then got in a car accident and died, leaving behind a wife and three young children.
Shawn Kelly was the answer to the prayers of missionaries in Cameroon who prayed for a Field Administrator. It took Shawn years to raise support, and then finally when he got to the field he died unexpectedly while serving his first term.

Unfortunately there are many many  more stories (just within our agency alone) of missionaries who have no longer been able to serve on the field due to illness or death.

What is the Lord Doing?
Is anyone else a bit perplexed by this? Why does the Lord allow some people who use all of their energies to  blaspheme Him, harm the weak, and hurt his people to live well into their 80s and then take the life of his servants prematurely? Why not let the people who want to serve others and expand his Kingdom live a long time so they can help the most amount of people?
I have asked myself these questions as I have seen person after person either die or have to go home from the field due to illness. I think AN answer to these questions is that God wants to make it loud and clear that he does not need missionaries. He is not served by human hands, as though he needed anything. With or without a particular missionary, Jesus Christ will build his church and the gates of hell will not prevail against it (Matt 16:18).
Also, the Lord wants to show that he alone holds the rights to who lives and who dies: “See now that I, even I, am he, and there is no god beside me; I kill and I make alive; I wound and I heal; and there is none that can deliver out of my hand” (Deuteronomy 32:39). The Lord is not obliged to give his servants long lives so that they can “help him out” with his mission to the world. He is God. He calls the shots. It is his prerogative to kill, to heal, to wound, and to make alive. Even though our local churches might see a lot of “promise” in particular missionaries who are sent out, the Lord wants to remind that church that he does not need their sent-ones. He is God and he will further his agenda in the world with our without particular “promising” individuals.
Our Response
So how does one respond to these truths? I think that we need to acknowledge that:
1. We are expendable
Missionaries are merely dust and if the Lord just wants to test our dependence on him to raise support to get to the mission field and then he wants take our health, that is his prerogative. Missionaries are just the messengers and messengers are expendable. Further, missionaries live in a fallen world. Countless numbers of Africans die of malaria every day, so why are we surprised if a missionary dies from malaria? All humans are operating within a cursed world and thus all humans experience the repercussions of a world held by sin and death. Everyone (even missionaries) are like grass which is here one day and gone the next (1 Peter 1:24).

2. But we are still God’s chosen instruments so let us fight hard.

Although the Lord does not need us, his goal is still the same: namely, world-wide worship. And his means to achieving this goal is to send out people to preach the Gospel. So let us not grow passive in our commitment to send out messengers but let us instead send out many and pray that the Lord will keep them healthy and preaching for 30+ years. Although death itself submits to God, death is still an enemy to mankind and death is to be fought and prayed against. The church needs to be all the more vigilant in prayer and raising up missionaries because the fallen world and the Devil are silencing a lot of world-be Gospel messages through plaguing missionaries with sickness and death.