Save, O LORD, for the godly one is gone;
for the faithful have vanished from among the children of man. – Psalm 12:1
Streets Filled with Violence 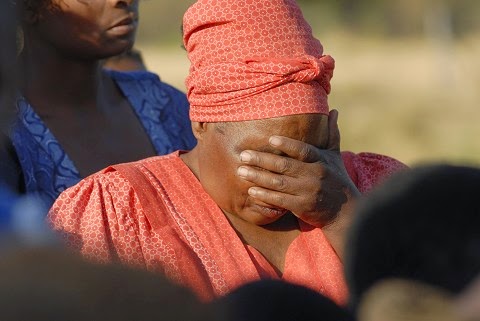 I was studying one day when I  heard a young woman screaming in the street, “No mama, no mama.” I went outside to see what was going on and Dave told me that our neighbor was violently whipping her daughter with an electrical cable, even in the face, while her older brother was pinning her down. Dave told the mother that she needed to stop and with much frustration, she eventually relented. She left her daughter on the ground screaming and writhing in pain. The whole neighborhood came out and stood there and watched without saying a word. Eventually everyone went about their businesses, hauling water and going to their fields, indifferent to this 12 year old girl. I went up to her and held her hand and took her to our porch until she calmed down. I prayed with her and encouraged her to confess what she had done wrong to her mother and seek to be reconciled with her. She sobbed as she told me that she was no longer welcome to live in her home. Later on, the mom told me that this girl had disrespected her older brother and that was the reason for the “correction.” She was also not happy with me for intervening and my kindness towards her daughter has led to tension in our relationship. Was I really supposed to coldly walk by a young woman who had just been publically beaten?

Punishments that Do not Fit the Crime
A former worker in our town said that he saw a body that had been burnt on the side of the road. He walked up to it to see if there was anything he could do when someone in the neighborhood told him that they burnt this man to death because he was caught stealing. Does this seem too harsh to anyone else?

Motivating through Fear
On a much lesser level, Kaden came home the other day and told me that kids in his class were getting beat because they could not write their numbers well. When I asked if the children were refusing to try, he insisted that they were trying but just had not yet mastered their numbers. Does scaring children really aid in learning?
Where is Grace?
It is the culmination of all these experiences (and more) that lead me to cry out: Where is grace? Where is love? Where is forgiveness? Where is reconciliation? Where are sober fathers? Where are the grandmothers who hug their grandchildren? Where are praying mothers? Where are encouraging teachers? Where are quiet neighborhoods? Where are servant leaders? Where are those who use their authority for the benefit of those under their care and not for their own benefit?
Not Surprised, but Sad Nonetheless.
Is this what we expected? Yes.

Are we surprised? No.

But all the logic in the world does not make it less sad. All the biblical assertions of man’s depravity do not make one deaf to the drunk man screaming at his wife and kids outside of your window. Understanding that sinners sin and that without Christ we “would all be the same way” does not lessen in any way the tragedy of lives lived without hope.

Keep Weeping. Keep Hating Evil.
As missionaries we are taught to be students of the culture, slow to judge and quick to listen. This is wise and something we strive for daily. But there are things here that are not just “different.” And I pray that we never stop hating and weeping over these cultural sins (and over the sins of our own culture, and our own personal sins). The goal is not to live an indifferent life free from sorrow, but instead the goal is to feel what God feels. Did not Jesus weep over the crowds? Did God not grieve that he even created man when saw all the sin in the days of Noah? Deep sorrow is an appropriate response.
Keep Working. Keep Praying.
Stepping up and confronting public sin is necessary, especially when the safety of weaker people is at stake. But we know that real change comes only when people become new creatures. And though it does not feel like things will change when I am on my knees pleading with the Lord in my room, it is through prayer that God acts. And though it does not feel like change will come because I am practicing the word “avocado” in Bakoum, I must speak this language to translate his Word. And there is power in his Word. So we pray, and we work, knowing that God will change those whom he elects through our prayers and through his Word.