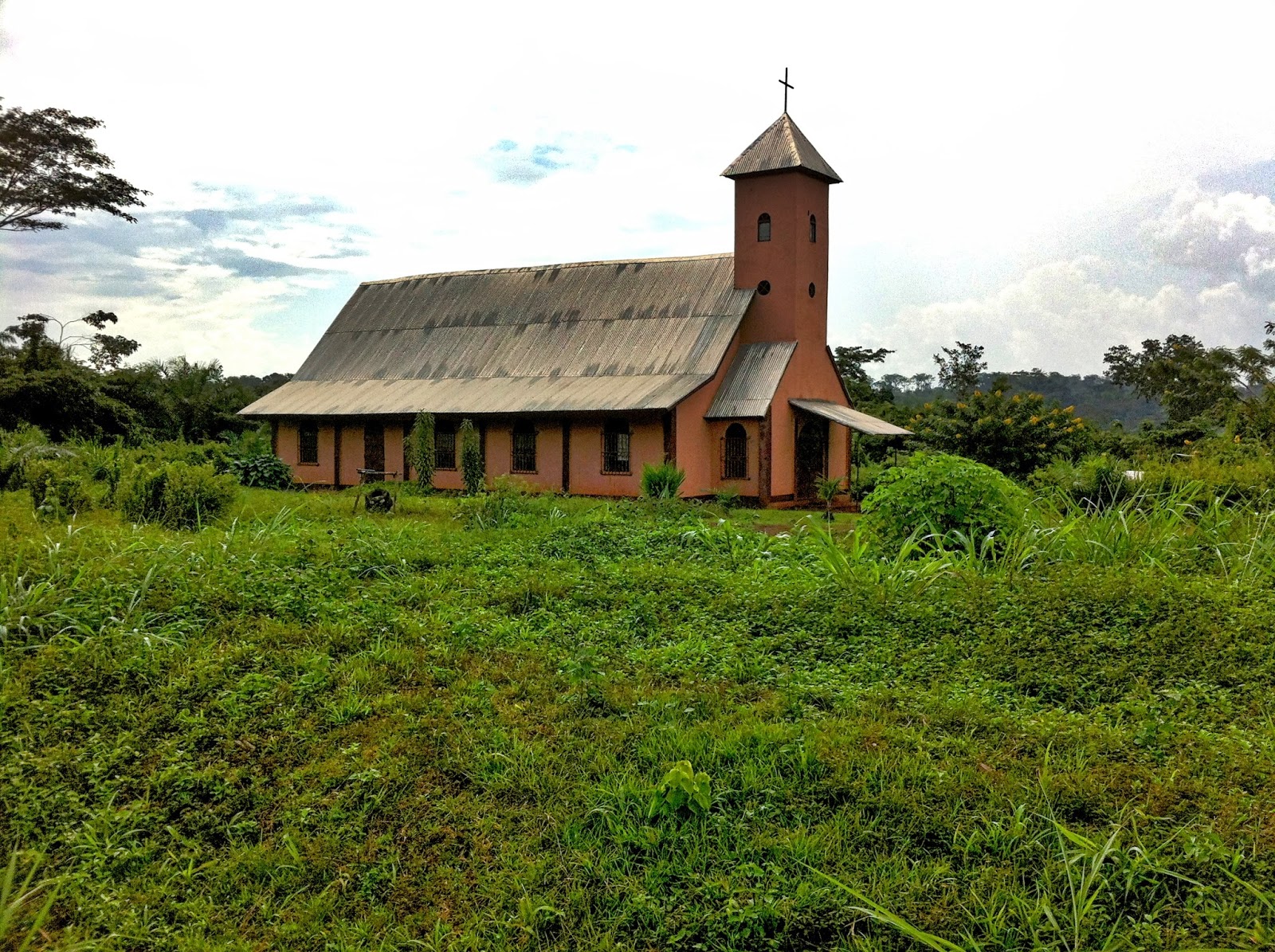 I am still a bit new to missionary life and methodology, but if there is one thing that I have heard over and over again, it is that contextualization is vital. What is contextualization? Well, I am told that one of the weaknesses of my predecessors in the missionary field was that they confused biblical Christianity with their own culture. So, they brought with them their own customs and traditions and taught them as necessary alongside the Bible. Here in Cameroon, for many years the majority of church services have been conducted in French. The songs, the sermons, the prayers are all in French and they take attendance. The pastor in every church I have been to here wears a Western style suit with the coat, collared shirt, and tie. I am confident that this is not a clothing style native to our new country mere miles from the Equator.

Contextualization asks, “Must Africans wear suits to preach the Gospel?” and “How can the message of Christ be taught in an African way?” These days you will often see missionaries wearing Cameroonian clothing to church and dancing and clapping and singing African songs. There is a very strong movement to see nationals teaching and preaching instead of Westerners, to the point that some people would say that we as white missionaries should not even be in the country. Church services are starting to more and more be conducted in the indigenous languages and African theologians are now writing to address African issues.

Contextualization for Removing Barriers
Much of what I see in regards to contextualization is good, and probably should have been done years ago. But one question I really want to ask is “Why do we contextualize?” One answer is that we contextualize in order to remove barriers. One should not have to dress like an American to become a Christian. English and French are not divine languages that must first be understood to know God. In one sense, the reason we want to translate the Bible is because of contextualization. I am reading a book right now called Doing African Christian Theology and the author, Richard Gehman observed that in Kenya where he worked as a missionary there was one people group, the Akamba that embraced Christianity faster and more fruitfully than other groups. In discussing several possible reasons why this is the case he said:

“The universal conviction of the older missionaries and the Akamba with whom I spoke, is that the strength of the A.I.C [African Independent Church] among the Akamba is due to the Akamba trained in their vernacular tongue, using their own vernacular Bible for a long period of time since 1928. The truth of the Word of God was able to penetrate the hearts of the people more effectively because it was communicated in their own mother tongue” (Gehman 29).

We are here in Cameroon to translate the Bible because the Gospel is more effective when it is taught in the mother tongue of the people. If I communicate that people cannot really know God unless they become an American, I am teaching something that the Bible does not teach and creating unnecessary barriers to their salvation.

Contextualization for Creating Barriers
However, I think that there is another answer to the question. Yes, we contextualize in order to remove barriers, but we also contextualize in order to create barriers. In a conversation with a Cameroonian Christian the other day I learned something about the culture. He told me that while working with Campus Crusade for Christ he saw the effects of a particular evangelism strategy. They would go out and use the tract Four Spiritual Laws and preach the Gospel, and many people would accept Christ. However, he found that these people were continuing to practice African traditional religion with its rites, rituals and even sacrifices and just adding in the church. The end result was what we would call syncretism: the combining of two religious world views rather than the replacing of an old with the new. On the surface this method of evangelism was extremely effective, but underneath we see that the new “converts” were still lost.

Thus, this brother is advocating for new and more contextual methods. These would be methods that reveal the impossibility of worshipping Christ and continuing in African traditional religion. And if we were to evangelize in this new way, what would be the result? I think it would mean fewer “converts.” Why? Because in contextualizing we would be creating barriers for these people to accept the message. Or rather, we would be clarifying the barriers that already exist. This is not a new idea, Paul tells us that the cross was a stumbling block for the Jews and folly to the Gentiles. Thus preaching the Gospel does in and of itself create barriers to accepting it. In confronting the worldview of the target culture, this kind of contextualization reveals that the Gospel is not easy, though it is simple. The Gospel is a call for all of us (Americans, Cameroonians, etc.) to forsake anti-biblical methods of seeking salvation in order to follow Christ alone.

To give an example, in some people groups here parents place charms around the necks of their children in order to protect them from evil spirits. To preach a contextualized Gospel in this environment I would have to call people to trust in Christ and not in charms. At first this would be unthinkable, endangering the lives of the children. But if they come to a place where they accept this contextualized Gospel, they will see that Christ is so much better. It is Christ that can protect them from the demonic world, and a small sack of hair and bones on their neck cannot do it. Can you imagine if I said that in the States? Would we ever add something like that to our tracts? Of course not. But here in Cameroon there is a need for a contextualized Gospel that addresses cultural issues so that they can truly count the cost and thus truly be freed from the bondage of their former lives and religion.

American Contextualization
We should not think that there is only a need for African contextualization, however. Jesus contextualized the Gospel when speaking to the rich young ruler in Luke 18. When he came to Christ looking to “inherit eternal life” Jesus did not use the Four Spiritual Laws, he did not speak of grace, nor a personal relationship with God. No, he said, “One thing you still lack. Sell all that you have and distribute to the poor and you will have treasure in heaven; and come, follow me.” Jesus did give this man the Gospel, “come, follow me,” but he contextualized it to his own sinful heart. And the result? “When he heard these things he became very sad, for he was extremely rich.” In contextualizing the Gospel for this young man Jesus created a barrier. If he had just said, “come, follow me” it might be that this man would seek to follow him. One can, after all, “follow” Jesus and still love money (i.e. John 12:6). But, knowing his heart, Jesus called this man to count the cost of following him in the hardest way he could. Because this man was rich, and clearly loved his riches, Jesus called him to forsake his wealth (see the blog Do We Evangelize Like Jesus? for more examples).

I think that it is possible that this should be the contextualization method for Americans today. Not unlike Cameroon, we have a country where many people claim the name of Christ, step forward or raise their hands in revival meetings, but have never counted the cost. I do not know the hearts of others like Christ did, but I know my heart and I have observed the fruit that has been born of the hearts of my fellow Americans. And I think that many, even those in the church, store up their treasures on this earth. Perhaps it is time we contextualize a bit for us, and seek to make one another aware of the barriers that do exist to salvation. Because we cannot serve two masters.

I envision a tract with a picture of Jesus side-by-side with a hundred dollar bill. Emblazoned at the bottom are the words, “Choose today whom you will serve.” When you open the tract you are greeted with the words of Christ in Luke 12:33-34:

“Sell your possessions and give to the needy. Provide yourselves with money bags that do not grow old, with a treasure in the heavens that does not fail, where no thief approaches and no rust destroys. For where your treasure is there will your heart be also.”

The rest of the tract would go on to call Americans to forsake materialism and seek after Jesus alone for fulfillment and salvation. Is it possible that there would be fewer “conversions” if we start evangelizing with this kind of contextualization? I think so. But maybe that would not be such a bad thing.