Dave and I were asked to speak at a missions conference at Kaleo church in San Diego, CA last weekend. We were praying that the Lord would use us to encourage others towards missions, but we had no idea that we ourselves would walk away as encouraged as we did.
The conference started out with an African choir leading us into the courts of Heaven through their four part harmonies, bight dresses, and dancing unto the Lord.
However, this time of joy was accompanied by some moments of sobriety.

The pastor of Kaleo Church, Tim Cain, preached a sermon on Romans 13 which essentially says that people will not believe in Christ on their own unless they hear the message of the Gospel. And without the hope of the Gospel, people will be punished for their sins for all eternity.

He then addressed a common objection which says that it is unloving for God to send people who have never heard of Christ to Hell.

Tim’s response to this objection was two-fold. He first reminded us that we are in no place to judge God and call him unloving. God demonstrated his love by sending his Son to die for his enemies. Sadly, we may be tempted to accuse God of a lack of love, and yet remain unwilling to cross an ocean (or even the street) to reach out to our fellow man.

Secondly, Tim directed us to 2 Corinthians 5:18 where Scripture says that says that God gave us the ministry of reconciliation. The Lord gave his Son as a sacrifice for sins and then tasked us with getting this message to the world. So, if we fail to do this, we have no right to blame God, but instead we ought to admit our own failure. He said that if the unreached do not hear the Gospel, it’s not on God, “It’s on us.” 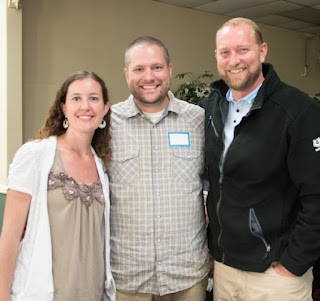 Another speaker, Brooks Buser who works with Francis Chan at Radius International, spoke on his experience as a church planter/Bible translator in Papua New Guinea. It was through hearing his father’s, Brad Buser’s, stories that I was persuaded to join the cause when I was in college. As someone who has spent time on the field, both he and his father are the voices for the many many tribes who have been on a waiting list for 5 or more years for missionaries. It is stunning to me that there are regions of the world where there are people who have been asking for missionaries to come to their villages for multiple years, but there are just not enough people being sent out.

In addition to the needs of those on the field, Brooks shared with the congregation that he never had a “missionary call”. He never looked down in the sand at the beach and saw the words “Papua New Guinea.” He never heard the voice of God outside of “this Book” he said as he held up his Bible. He went on to say that he has asked many missionaries if they ever received some type of “call” and 98% of them said “no” – they never had some type of mystical experience or call that had led them to field. Instead, it was the simple words of Jesus who said, “Go out into all the world and make disciples.”

This idea went hand in hand with one of Dave’s presentations where he said that people shouldn’t have to be “called” to go onto the field, they should be “persuaded.” Dave said that is is the biblical texts combined with the state of the lost that should persuade many to go to the nations. One of my favorite quotes from Dave was, “I’ve tried to get passages like the Great Commission to say something else, but I just can’t.” Both Dave and Brooks’ testimonies were similar: Neither of them like the jungle, both really like cement and city life, but both said they were persuaded from Scripture that they needed to be part of getting the Gospel to the ends of the earth. And, Lord willing, because of their faithfulness, there will be two more tribes around the throne of Jesus one day.
Brooks and his teammates have translated the New Testament and planted a church among a tribe in New Guinea and his faithfulness, experience, and perseverance was an inspiration for two rookie missionaries like Dave and me to see.
The Great Commission and Parenting are Not at Odds 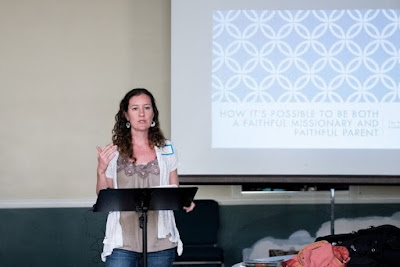 At another session that Dave and I taught at, we shared very candidly about how there are costs (but also advantages) in raising kids on the mission field. We shared some of the difficulties that we face, but then ended that section saying that, “Jesus knew all of the costs that there would be for us to raise our family on the field but he gave the Great Commission anyway. He expects us to go, come what may.”

There seemed to be a sobriety in the air and in having conversations with people afterwards, I dare say that concern for the safety of one’s children may be one of the biggest barriers to getting people to the field. Going from one country where safety is not as big of a concern as it should be, I realize that I have reentered my own country where concern for safety is suffocating concern for Gospel advancement.

We also talked at length about the Lord’s heart for the nations all throughout redemptive history and concluded by testifying to his faithfulness to keep his promises to us throughout our first term on the field.
When then returned back home to Dallas with midterms and four children awaiting us. We were exhausted and yet it was worth it. We were encouraged to keep pressing in the cause, were inspired by the ministries and passions of the other speakers, and were blessed to be around mature Christians at Kaleo church who care about the lost.
If you are wondering where we are now, and what we are doing, check out our new “Where are the Hares?” tab at the top of the blog.