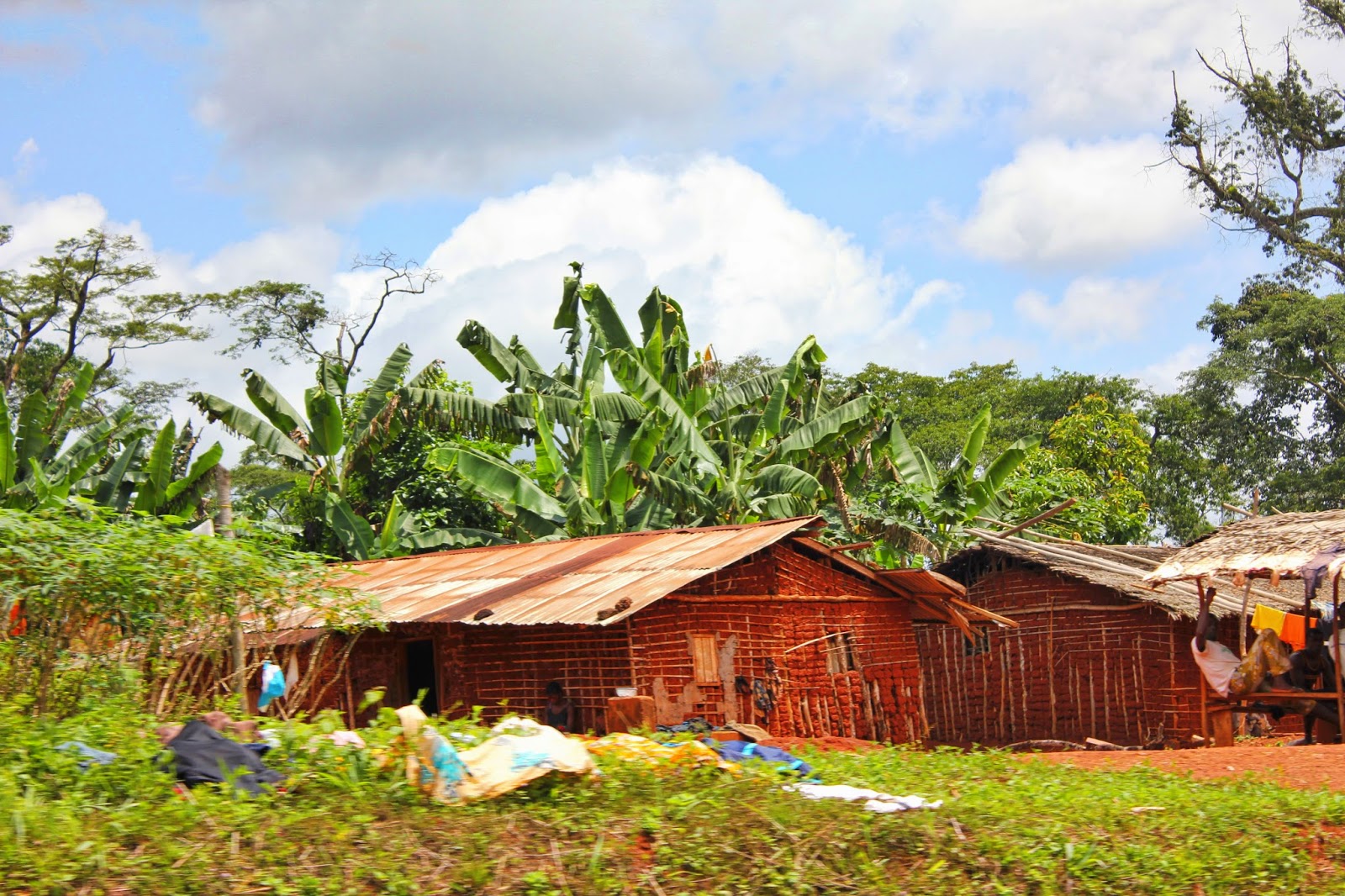 It has been an intense couple of weeks here in Cameroon. We have visited a total of 19 villages and talked to innumerable chiefs and villagers. This has been an…interesting window into the culture as we struggle to not make fools of ourselves and also to understand what is going on around us. Here is a taste of some of the more wild adventures:

1. Drunk Man with a Megaphone

In one village I spoke with the chief and several notable members of the community. Several of the men there were drunk and one of them had a megaphone. He did not speak into it, but used it to make strange noises (including an electronic beep version of “When the Saints Go Marching In”). At one point he was angry because he did not feel like others were listening to him so he laid his megaphone at the feet of the chief (after removing the batteries). At the end of the meeting he told me he was not happy and that they had not heard the last of him. Also in this meeting I was accused of being a spy here to steal the secrets of the Bakoum people.

I returned to a village the other day for a meeting and was invited into the home of a chief. In his living room someone painted things all over the walls. They were simple things like palm trees and the like. I asked the chief (using the formal French ‘vous’) if he was the artist. He looked at me in astonishment and said “It was the children!” Oops! I tried to make a face that seemed to indicate that I was impressed that children could paint such beautiful works of art.

We have often been reminded that we need to show our authorities respect here in Cameroon. So we are careful to dress up for important meetings, make sure to use respectful language, and not cross our legs (a sign of disrespect). After an important meeting with a government official Stacey walked out of Town Hall and fell to the ground like a child and started bleeding. Fortunately she was at that point surrounded by actual children that all took to laughing at her hysterically. It seems that God has once again chosen the weak things of the world to spread his message.

A man followed me to my car after one village meeting shouting over and over again “AVEC!” (it means “with” in French). I turned to him and he started talking barely coherently about wanting to go with me (like to my home?). The man that I was with honked the horn from inside the car and encouraged me to just get in. He said that the man had already had a bit too much to drink (it was around lunch time). He unsuccessfully tried to get into the car as I was pulling away, but made it back to the village safely.

With all of our mistakes and missteps, God has blessed us with encouragement during this time as well. Here are a few encouraging examples (if the language committee details confuse you, check out Stacey’s most recent blog: Change of Vision):

1. Sub-committees
We have been asking each village to form a sub-committee (a small committee in the village that in the end will send members to a larger language committee). This is the first really tangible step that the villages can take towards the goal of developing the language. And without a developed language we cannot translate the Bible. Just the other day I received a sealed and signed document that says that one village has already formed their sub-committee and assigned specific roles to each member! And then Sunday I received another. And that only a week after we brought the idea to them!

Prayer Request: Pray that the other villages would follow suit. We cannot move ahead without having first formed the language committee.

2. Point People
There are two regions that we are working with: Dimako and Doumé. I have asked the mayors in these two cities to give us the name of a person that could act as the point person. We now have two men, one for each region, that have committed to help us. One of them told me the other day that he is really passionate for this project and he would be willing to give it all of the time he is able. The other acted as a mediator in a really hard meeting and seems to really be a peacemaker. Praise the Lord!

Prayer Request: Pray that these two men (Simon and Onésime) would be faithful and hard working. Pray that the community would unite around them.

The other day we attended a meeting that was a mixed audience of Bakoum people and Pol people. We addressed the Bakoum people to try to get them excited about the project. At the end of our presentation I mentioned to the Pol people (who also do not have a Bible translation) that they could start forming a language committee too. To be honest I did not expect much. But just the other day a Pol man that was at the meeting approached me and said that they had already started forming their sub-committees. He asked what would be their next step. This is particularly exciting because there is potential that we could get the Pol people on the right track towards a translation while we are here too.

Prayer Request: Pray for the Pol people. Pray that they would organize, develop their language, and translate the Bible. Pray that God would provide the resources they would need for this, as Stacey and I are going to be occupied with the Bakoum.

With the craziness and the encouragements we find ourselves often asking “Is this really happening?” And the answer is: Yes! God is working even through our weakness. Pray that he would continue.

Another Prayer Request: As a more serious reflection on the comic events, please pray for the affect of alcohol here in Cameroon. These are only two of many experiences we have had with drunk people. I think this will be a major hurdle for us in our ministry.