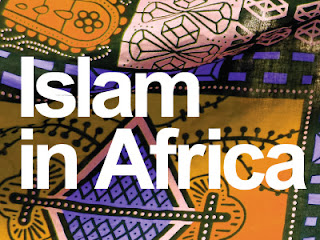 You may have seen a recent story about a French Catholic Priest that was kidnapped in the extreme north of Cameroon. The kidnappers appear to be an Islamic Nigerian militant group called Boko Haram, which was just recently designated a terrorist group by the Nigerian government. Nigeria has been rife with tension as groups such as the Boko Haram seek to take control of the country by force.

We are fortunate that the situation in Nigeria has spread into Cameroon very little. The compound from which the French Priest was taken is only 15 miles from the Nigerian border, and it is believed that he has been taken back into Nigeria. On the other hand, the village that we are going to live in is some 600 miles, a desert, and a rainforest away from the tense areas of Nigeria. As far as I am aware there has been no terrorist activity in South Cameroon, where we will soon call home. But news such as this does give us pause and I have spent the last week or so considering the implications of the kidnapping on our future ministry.

What is the point of terrorism? I would guess that it is to terrorize, to make people afraid, so that the terrorists can take what they want. In the case of Nigeria there is a group of Muslims that want to have control over the government and the religion and they seek to gain this control by shooting people, burning down churches, and scaring their neighbors. So, how should the church respond? Should we pull our missionaries out of countries like Nigeria? Should we stop sending missionaries to Iran, Afghanistan, and countries that are considered dangerous because of terrorist activity? I think to answer this question we have to think about the way in which Christ has called us to communicate the Gospel.

The Call to Come

It is first helpful to consider the difference between the Old Covenant and the New Covenant. The message that was preached to the nations in the Old Testament had a very clear method of proclaiming salvation: Come! First, the blessing of God came through one family:

Genesis 12:1-3 Now the LORD said to Abram…I will make of you a great nation…I will bless those who bless you and him who dishonors you I will curse, and in you all of the families of the earth shall be blessed.

This blessing was extended to other nations not through the outward act of evangelism, but through those nations coming to Jerusalem and worshiping God as a Jew. Therefore the call is to COME:

And when these foreigners came to Jerusalem if they wanted to partake of the blessings of the Lord, they too had to follow the manner of the Jews. Specifically in Exodus 12 we see that foreigners had to be circumcised before they could participate in the Passover:

Exodus 12:43-49 And the LORD said to Moses and Aaron, “This is the statute of the Passover…If a stranger shall sojourn with you and would keep the Passover to the LORD, let all his males be circumcised. Then he may come near and keep it; he shall be as a native of the land. But no uncircumcised person shall eat of it.”

The Call to Go

The dawn of the New Covenant brought an entirely different method of spreading the good news. The blessing of the Lord still radiates out from the family of Abraham, it is through the Jews that we are blessed. However, Jesus taught us that we are now in a time where we do not have to worship God in Jerusalem, “but in spirit and in truth” (John 4:23). The freedom that we have been given to worship comes because the presence of God is no longer in temples of stone, as we are now his temple, and his Spirit dwells in us (1 Corinthians 3:16). Now that we are mobile temples, able to worship God anywhere, the call is no longer to COME but to GO:

Acts 1:8 But you will receive power when the Holy Spirit has come upon you, and you will be my witnesses in Jerusalem and in all Judea and Samaria, and to the ends of the earth.

Matthew 28:18-20 And Jesus came and said to them, “All authority in heaven and on earth has been given to me. Go therefore and make disciples of all nations, baptizing them in the name of the Father and of the Son and of the Holy Spirit, teaching them to observe all that I have commanded you. And behold, I am with you always, to the end of the age.”

The Gospel is not a call to live in a city with walls, allow the repentant in and fight off the unrepentant. The Gospel compels us to advance into enemy territory and to take it for Christ. We are called to be soldiers, we are called to fight. It was this call to action that led Stephen to preach the Gospel to hostile Jews that killed him (Acts 7). It was for this Gospel that James and John were killed by a hostile government leader (Acts 12). And it was this call that led Paul into enormous difficulty (2 Corinthians 11). If the Gospel compelled Christ’s disciples to go out into dangerous lands, should we not follow their example? Some of the fields of service are going to be by nature more dangerous than others, and I do believe that there are times when pulling missionaries out of a country is wise. But the point is that the call of the New Covenant is not a call to be on the defensive, but to be on the offensive.

The Hope for our Offense

Of course there is a huge difference between the way that Christians fight and the way that terrorists fight. Paul tells us in Ephesians 6:12 that “we wrestle not against flesh and blood, against the rulers, against the authorities, against the cosmic powers over this present darkness, against the spiritual forces of evil in the heavenly places.” Because our battle is not against flesh and blood, it is not against physical realities but spiritual ones, we must equip ourselves with spiritual weapons. And the main offensive weapon that the Lord has given us is his Word, the Bible (Ephesians 6:17). This is what gives me so much hope for Cameroon. Islam is growing strong in the north, in Nigeria and starting to bleed into North Cameroon. But there is an amazing amount of work that is being done in Southern Cameroon for Bible translation. As we go to translate the Bible, we are bringing to Cameroon the very weapon that they need to withstand against the powers of Islam. We need not fear Islam, or the terrorists that seek to spread it by force. Instead the terrorists should fear us because we are going to Cameroon with the God of the universe on our side.  We are not going to Cameroon unarmed, but in fact with the armor of the Lord.

Keeping in mind this news story as well as our future plans in Cameroon, please be praying:

For those of you who are wondering about the dangers of moving to Africa and how that will affect our children, I would recommend one of our FAQs that Stacey wrote awhile back: How Could You Take Your Children on the Mission Field?