The funny and not-so-funny are all mixed into a normal day for us, so we thought we would share them all together… 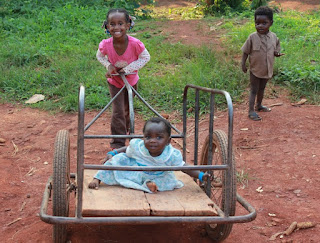 Zoey gets in trouble every day for her mouth: for talking when she is not supposed to, for interrupting, for her tone, for lying, and for saying unkind things. And so, one day, she comes to me, sits down, and says, “Mom, there is only one thing for us to do. We have to tape my mouth shut. That is the only way.” We tried it, but it did not work (turns out the heart is the cause of the problem…)
Zoey (6) also confided in Dave the other day that she thought she was “developing” (breasts). Dave said that it would still be a while.She also is going through a “Mom, can we keep him….pleeeaaaase?!” phase. Now you would think she would be begging to keep cute kittens and puppies, but no, she wants to keep creepy-crawly type things. She keeps sneaking worms into her pockets and the other day she tried to take a half-eaten lizard out of the cat’s mouth, probably to sneak it into her pocket (why?). 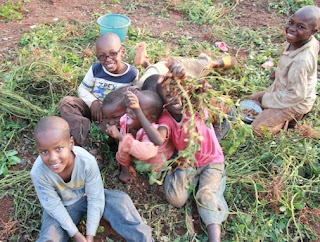 We were memorizing a verse with the kids that talked about “sexual immorality.” The kids asked what that was and I told them that it often had to do with sleeping with someone that you were not married to. Kaden sheepishly raised his hand and said, “Mom, can I sleep with my stuffed moose?” I reassured him that was very OK.
In our last update on Kaden, we asked for prayer because he was showing signs of dyslexia. After we posted that update (and that is when I assume people started praying…) these symptoms started to disappear. We have been working with Kaden daily on reading and he has show remarkable progress. 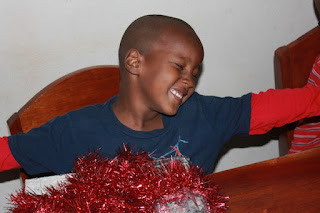 Elias just turned six and had a happy birthday. He is also going through a “How can I help mom?!” phase where he asks me this question all day. It is very cute. This week, he and about 20 of the other neighborhood kids helped our pastor Boris harvest peanuts, which was fun.
And yet, the happy moments are few with our dear son because of his rebellious heart. Please pray for Elias, that the Lord would cause him to be born again to a life characterized by love for God and neighbor. 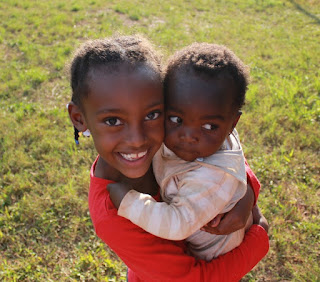 Makyra is just really sweet and really normal. She does not always have to be heard and is very content to quietly clear the table while her brothers and sisters are all talking over one another. She is also a lover of animals. In church, a neighborhood dog came in so that Makyra could pet him. She was petting him while the “animal bouncers” at church were throwing rocks at him and telling him to get out. Then, when his owner came over to get him, the dog pushed his way into the aisle with our kids while they all petted him and loved him. It was actually a kind of awkward situation.

Dave was studying at his desk the other day but he had to move because there was a lizard sitting above him that was eating a bug and it kept dropping bug parts on his papers.

Yesterday, Dave cut his finger with his machete and today when we went to a remote village for church, everyone asked what happened. When he explained that he cut himself with a machete, people erupted in laughter. Rolling on the ground, have to go tell grandma, laughter. We do not really understand why it was so funny. It seemed like they were saying “Who let you use a machete?!”

In this same village, someone came up to Dave and wiped off the back of his pants. Apparently he had gotten a bit dirty.
Stacey
Each day, we pretty much go to bed with our heads about to explode. One example was Thursday oflast week, I spent time with Kaden studying 1st John (in English), then a friend was supposed to come over to study the Bible (in French), then I taught the village kids a Bible story (in Bakoum). And that all happened within a period of a few hours. I love it all, but it is tiring. Come Saturday, all I want to do is cut grass in my back yard with a machete and think about nothing. 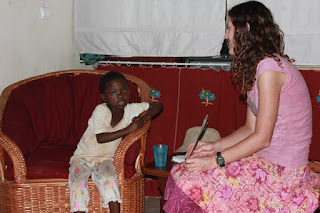 Amidst all the intensity, however, the Lord brings little joys, or just weird situations just to lighten things up. For instance, I was sitting with a group of women, talking in Bakoum about if they have any customs for when a woman gives birth when all of the sudden I hear the “countdown” music of the TV series 24 and Jack Bauer speaking in French. It was like my two worlds collided in that instant and the familiarity of the program was oddly comforting.

I find people’s’ reactions here a bit overwhelming, but also entertaining. The other day, I was telling this same group of women about how many languages there are in the world and they all started hooting and hollering when they heard that it was close to 7,000. When I proceeded to tell them about how God created all the languages in a single second at Babel, the “no ways!” could barely be heard over all the screeches and yelps. Yelling, clapping, and all talking excitedly at the same time is a typical reaction when I tell people things. It does make language acquisition challenging.

And then there is my “on the side” mission that I have to try to save the lives of baby animals that are being tortured by the village children. Yesterday, I convinced a child to give me a baby bird he was torturing in exchange for a piece of chalk. And then the bird died this morning. Sigh.And my family is the greatest joy of my life. All my kids are going through a I-want-to-go-jogging-with-mom stage so I have lots of jogging buddies these days, which is pretty hilarious.