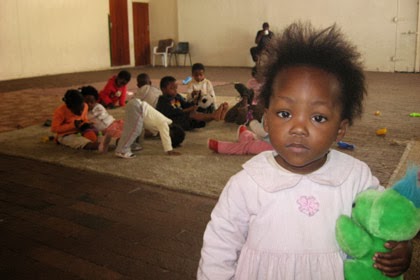 This has not been an easy week for us. In the midst of an already exhausting pace of life we saw that there was a 48 Hours investigative report on the agency we used when we adopted our kids. We had to wait a couple days to watch it and we were holding our breath wondering if we had been lied to about our children. We were wondering if they had been kidnapped, if they had birth-moms out there in Ethiopia who were praying for their return, and what we would do if this were the case.

The report focuses mostly on two scenarios: one in Guatemala and the other in DRC. The situation in Guatemala was horrifying and a mother was robbed of two children who were in the process of being “sold” through an illegal adoption. The US government researched this situation and deemed that our agency had no knowledge of it and, in the end, the children were returned to their mother before any adoption was finalized. In large part, the report left out Ethiopian adoptions. However, what the report confirmed and what trusted friends have experienced is that our adoption agency has been less than truthful.
Fortunately for us, we have enough “hard evidence” outside of the testimony of our adoption agency that gives us peace of mind that our children were true orphans, and for that we are thankful. The investigative report did not present any new information about Ethiopian adoptions that would make us think otherwise.
And yet, while I am thankful that lies and deception were brought to light, I fear that this report will do damage to the perception and pursuit of international adoption. I fear that thousands of children will grow up on the streets or in orphanages because people are too afraid to adopt. I fear that the truly abandoned infants will stay on the streets because people will not adopt them, but will instead only adopt children with a fully documented background. I fear that the few horror stories will totally discredit all of the stories of once-poor-children growing up in happy homes.
So to that, I would like to share a couple thoughts to hopefully balance out any rising stigma against international adoption:
We Should not be Surprised
Adoption is messy. Missions is messy. Pro-life ministry is messy. Relationships are messy. There is no good pursuit in this life that is totally free from sin and we should not be surprised at this. What I am not saying is that we should tolerate kidnapping (see point number two). What I am saying is that we cannot pursue adoption and assume that birth moms or adoption agencies always tell the truth, that judges do not take bribes, and that the money means absolutely nothing to lawyers across the world. We cannot assume that sinful humans cease to be sinful humans in the adoption world. This is especially true when we cross cultures and therefore cross into a region that does not share our same cultural values. For instance, in some cultures, lying is a cultural acceptable sin. In others, using money earmarked for the orphanage on something else “more pressing” is not considered stealing. I am not saying that they will not be judged by God for these practices, but if we wait until everyone who has a hand in the adoption process shares the same biblical values as us, we will be leaving orphans on the streets with no hope of being adopted. Granted there is a line where we would have to break partnership with an agency or a country, but we should not go into the process assuming everyone we will be working with has a equal, selfless concern for the orphan.
We Should not be Silent
While we may not be surprised that sinful humans act sinfully, we should not be silent about it. There are some in the adoption community that seem to “turn a blind eye” to shady activity. The cause of helping orphans is so great that a small lie, or a forged document seem inconsequential. But this can by no means be. In fact, I believe that all adoption agencies who look the other way in the face of questionable circumstances should be shut down. It deeply hurts the cause of adoption if they ignore serious red flags or are less than honest. People will be hesitant to adopt because they will not want to have anything to do with bribery, trafficking, or forgery. Further, the outside unbelieving world will look with disgust on something that was intended to display the character of God, namely caring for the helpless.

As far as those pursuing adoption, we are not commanded to be omniscient, we are not commanded to know every detail about the background of our internationally-adopted child before we adopt them. However, we are commanded to be shrewd, discerning and honest. Thus, I would encourage people to adopt with their eyes wide open and I would encourage all the checks and balances. Thankfully we have a government who does not look favorably on “half-truths” or child-trafficking. So, take advantage of all the tools available through our government and other agencies committed to keeping adoption honest. We must pursue international adoption asking God to bring to light any hidden scandals or anything sketchy going on behind the scenes. He is powerful and he is able to do just that. Further, he is committed to justice and thus I have full confidence that he would answer those prayers. This is hard. It is hard because it might mean that a child that we have been longing to adopt is taken away. It is hard because it could make an already difficult and expensive process longer and more expensive. But we cannot pursue adoption in a fallen world, with what we now know, ignorant.
That does not however mean that we need to live in anxiety. Philippians 4:6 reminds us, “Do not be anxious about anything, but in everything by prayer and supplication with thanksgiving let your requests be made known to God.”  Let us encourage one another through the adoption process to quickly turn our “what if’s” into “Lord, reveal the truth in this situation.” And the promise in the following verse is that God will give perfect peace, even in the midst of crazy adoption scenarios. He will guide us in what we should do. The passage goes on to say “Finally, brothers, whatever is true, whatever is honorable, whatever is just, whatever is pure, whatever is lovely, whatever is commendable, if there is any excellence, if there is anything worthy of praise, think about these things.” Where are the reports on the children who were sick and starving and now are fat and giggling? Where are the stories that report that a child conceived in rape was not aborted but is instead treated with dignity and love? Should we not think about these things and let our minds rest on what is wonderful? Let us keep our eyes wide open through the process to anything questionable but let our minds rest on the stories that are wonderful.
We Should not be Stopped
Although we are not surprised at corruption but instead are committed to exposing it along the way of adopting children, let this not deter us from adopting. Let us not allow the horror stories of kidnapping, adoptive parents returning children, or children never accepting their adoptive parents mask the horror stories of little girls who turn to prostitution so they can eat. I found the following UNICEF statistics online in regards to worldwide statistics on orphans in orphanages:

In sum, let us make every effort to ensure that our kids are legitimate orphans in the adoption process, but let us not abandon our pursuit of international adoption. Let us not rule it out because of the “what if’s” without meditating long and hard on what will happen if kids overseas are not adopted. Let us hate vigilantly both human trafficking AND leaving children on the streets. The abuses do not negate the need nor do they negate our ability to change a child’s life.